For the last full moon I decided to do a reading using a spread designed by Vickie Wilson @eternal.athena.tarot that was posted on Instagram for #newspreadsaturday. In regard to the inspiration behind this spread, Vickie says:


"In astrology the moon represents your emotional and instinctual reaction to things. As the Gatekeeper to the Underworld, we must ask her permission to pass through her gates and peer into the depths of our subconscious. Our pains, fears, insecurities, and weaknesses lie behind her veil, waiting to be confronted. That is where we find the Moon."
Card 1: What makes me feel happy?
Card 2: How do I express my moods?
Card 3: What unconscious emotional needs motivate me?
Card 4: What is my greatest fear?
Card 5: Where do I feel insecure?
Card 6: How do I instinctively respond to threats?
Card 7: What are my emotional triggers?
Card 8: Where do I avoid taking action?

I appreciate the approach and the focus, and the results yielded were quite interesting...
1. What makes me feel happy? King of Swords

I recognize this King in myself - especially lately as I've embraced a leadership role at work and have had to cut through the emotional messiness impacting my team from a neighboring department. In the Fountain Tarot a row of rainbow colors flows across the ground, up through the King's body in a triangular form, and out through the apex of the King's head, at which point it becomes clear/white. In a way it may symbolize how the underlying energies from the environment are perceived and processed and then utilized by the King to understand and interact with it. It could be both metaphysical/unconscious (picking up on subtle influences or energies as information) and mundane (piecing together the smaller details of a situation or project in order to understand the full picture and formulate the next steps - microcosm and macrocosm as one). I do enjoy that.

Also, emotions can me messy, and I like removing that filter and looking at the facts and reality when there is a benefit to doing so, and especially when matters of justice are concerned.

I see the lemniscate embedded in this image, and it works with the 6 of Coins' relationship to reciprocity, give and take. I feel very strongly about people not taking out their negative moods on others. In a way this goes back to the King - I expect people to be able to discern the factors influencing how they feel and why (or at least know what isn't a true source of contention), and to be capable of filtering that, when necessary, in interactions with people in their environment (tall order at times, I know). Likewise, if I am in a bad mood (which is rare, but happens on occasion) I try not to pass that on to others. When you are upset and lash out, you send out ripples of negativity into the world. On the flip side, when I'm happy I like to engage with people and emit that joy - to smile at passers by, or chat amiably with strangers in line at the grocery store - sending ripples of positive energy out into the universe. Give and take isn't just about money and material resources, after all.

3. What unconscious emotional needs motivate me? 9 of Coins

I like how in this image there are concentric circles rising up under, around, and behind this woman; it seems to be to be a symbol of incremental growth. It's not even an unconscious drive, this card. I have worked long and hard to be economically self-sufficient, and it has not been an easy road. I had my first child when I was 20 years old, in my second year of college. I raised her on my own, with the additional support of my mother and step-father, but I struggled. I was filled with a thrill of relief and joy when I graduated with my Bachelor's degree (it took me 6 years!). But the subsequent work I found never fulfilled me, despite being great experience. I felt lost for quite a while. It wasn't until I met and married my husband and we started our life together (and started to have more kids!) that I pursued my Master's degree, a path that ultimately has led me to my current job, which is so much better than I could have ever imagined. I have come a long way, and I feel good about what I have accomplished. And yet there is a special *something* that floats beneath the surface; a legacy left from those difficult years in my early adulthood. I imagine there are subtle aspects related to that journey that still influence me in subtle ways. Will my successes ever feel like enough?

4. What is my greatest fear? 4 of Swords (reversed)

Stagnation. Plans that are made but never materialized.

This is a card of the battle-weary but courageous. It's also a card of being defensive, which is an instinctual response to insecurity. In the card, the man has come a long way, and he's close to the top, but instead of focusing on the goal ahead, he's looking backwards and down. Is her trying to retrace his steps? Is he worrying about the past? Is he concerned that someone is coming up the ladder after him? Perhaps he is worried that the path he has forged won't hold his weight for much longer. I do have a tendency to worry about the past, and about things that I could have done, or said, differently. I worry about being misunderstood. Learning to express my voice confidently and freely has been an arduous journey because I often don't know what to do when I find myself under attack. I'm getting better at that, though. I believe it stems from some unsavory early experiences in life where I was ripped to shreds on multiple occasions (verbally and emotionally) by my father's wife (he remarried following my parents' divorce). It was totally shocking and unmerited, and my father never stood up for me, or my sister. There is something there that probably still hasn't been entirely healed.

6. How do I instinctively respond to threats? Chariot (reversed)

This relates somewhat to the previous card. In the past I've never dealt well with threats. I would end up crying in anger and vulnerability, or else stand there frozen like a deer in the headlights (or a combination of both). I would totally lose any sense of focus and I'd crumble. The other entity would dominate me, and I hated it, but didn't have the fortitude or clarity of mind to do anything else. Over the years I've learned to pause, breathe, and let the initial wave of emotion flow through and out of me. Then I become ultra focused, determined, and prepared to use all of my faculties to do what is right on my own behalf, to stand up for myself. Instead of crumbling (okay, maybe after crumbling), I gather my resolve, determine the best approach, and put my full force behind it. I have always relished challenge. If it seems hard, I will find a way to do it. If it seems unlikely, I want to try it even more, just to see if I can.

7. What are my emotional triggers? 6 of Swords (reversed)

This is an appropriate cards to represent the response of an emotional trigger. Upright it is about "mind over matter"; the ability to be objective about emotional situations such that one can make the choice to leave what isn't working, or what causes pain. Reversed it suggests an inability to move on, an attachment to past hurts that on some level keep us connected to history. In large part we are triggered emotionally by things that bring to our minds hurts that we haven't healed from. It's interesting because I don't have many emotional triggers, but I have never handled sadness well, or the feeling of lack of emotional control. This connects a bit to the Chariot - to situations in which I've felt stomped on, belittled, disempowered, taken advantage of. Those things can lie beneath the surface of consciousness, and if they aren't healed can become unconscious triggers, like freezing under threat and conceding to the other person entirely, even if they are in the wrong, simply because it hits a nerve, a soft spot, a fear. Channeling my own strength and using it in timed of challenge has been an ongoing learning curve, though I recognize that I've come a long, long way.

8. Where do I avoid taking action? 2 of Cups

Wow, interesting. On one hand this is a card of emotional healing. I wouldn't say I avoid healing, but since being out of control, feeling deeply sad, is so difficult for me, I may not always allow myself the opportunity to fully heal. I think I have improved in this area over the years, though.

On the other hand it brings to mind emotional expression, which I am not a big fan of. I am a private person, generally speaking. I like people, I like collaborating, I like supporting others...but in other ways I am sealed up tight. I used to not realize the extent to which I wouldn't communicate even with close loved ones (my mother, my husband). I'd be worrying and stressing about a matter and it just wouldn't even occur to me to share that with my partner. So over time I've become more aware of that tendency, which is good, and I've learned to speak. However in general I still find that my emotional sharing has very clear limits. And I am sure I don't call my friends nearly enough.

Finally, I was reading my astrological chart the other day and one section made me pause and think of this... with Venus in Aquarius I tend to be friendly and pleasant to be around, but difficult to get close to due to my preference for personal freedom. Hm. That was interesting. I am notorious for avoiding making plans whenever possible. I don't like the feeling of being tied down that plans give me. In that light, the 2 of Cups as something I avoid makes a lot of sense!

Welp. That is a lot of food for thought!
Posted by Olivia Destrades at 9:07 PM 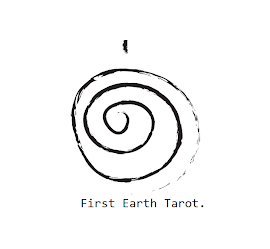 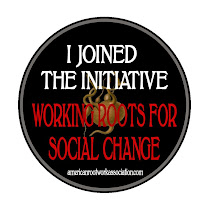